A technology company with its Western headquarters in Santa Clara is hosting a holiday arts and crafts fundraiser on Wednesday that pays special honor to female role models from around the globe.

About eight non-profit organizations and artisans will sell crafts from their communities, spanning from Africa to Peru, at EMC's Pleasanton satellite office, 6801 Koll Center Parkway, from 10 a.m. to 4 p.m. The proceeds will go to the groups' causes and charities.

Some of the booths will be run by Melanie Gadener of Fremont, who will sell silk purses and scarves from Afghanistan, and Tara Agacayak, a Santa Clara University graduate who will sell Turkish art and jewelry.

``These are women who are committed to changing the world,'' said EMC global alliance manager Sheryl Chamberlain, who also is the company's women's leadership forum president. ``What better way to share and support their vision?''

EMC is a $9 billion technology company based in Hopkinton, Mass. Santa Clara is home to the company's Western regional headquarters.
Posted by Tara 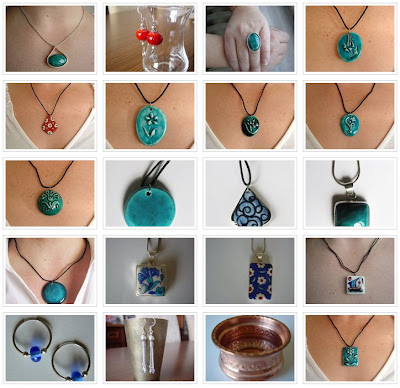